British-born Melanie Hall has lived in 9 countries to date, spanning almost 40 years overseas. She has more than 25 years experience working in design – interiors, architecture, furniture & rugs, and previously, in fashion. Over the years, Melanie has worked as Concept Designer, Creative Director and Interior Designer on several large scale projects including hotels & resorts, as well as restaurants & bars, offices & homes. At times she worked independently, and other times, was collaborating with both world-class and local architects in various countries.

After building a successful career in fashion, including Management and Visual Merchandising, at Harrods, Polo Ralph Lauren, based in London, and later as Head of Creative for Calvin Klein (covering Southeast Asia) in Hong Kong, Melanie joined her now husband, Stewart, in Jakarta in 1999. She then established her first design business in Jakarta, Indonesia, in 1999, where her signature style developed over the years to become what it is today – “FUNk’d-up modernism!”. Melanie feels her personal best achievements to date are the completion and opening of Luna2 private hotel in 2007, and later Luna2 studiotel in 2013, both in popular Seminyak in Bali, for which Hall was Founder & Designer.

Melanie now looks to expand her opportunities in design, largely in hospitality and homes, either in the UK or overseas; she now resides in London.  She hopes to attract new projects that welcome her signature design ethos which, “Respects the past, welcomes the future and likes to have fun in the process!” As such, Melanie typically presents unique design ideas which incorporate Nostalgia, Futurism & Fun!

Melanie’s design ethos is that she, “Respects the past, welcomes the futures and likes to have fun in the process!”. This developed from her love of great modernist works of the past, combined with her passion for innovation of the future, all fuelled with a sense of humour – a signature style which Melanie refers to as “FUNk’d-up modernism”.

As such, elements of Nostalgia (great modernism works of the past, some 60’s pop etc), Futurism (innovation, gadgets, high-tech stuff) and Fun (often quirky, humourous touches) are omnipresent throughout Hall’s projects & designs.

Melanie says, “I have a keen eye for design, instilled in me by my architect father as an acclaimed 1950’s/60’s modernist architect. This, combined with my creative experience in the world of international fashion, together with extensive travel, has fuelled my passion for design over the years”.

Melanie’s career at a glance:

Melanie lived as an expat with her parents and three brothers in the British Virgin Islands, Nigeria, and St Lucia in the Caribbean.

The Halls lived in Jakarta, Vietnam, Bali and Singapore before moving back to the UK in 2015.

Drayton Manor renovations and redesign was completed, and Melanie launched her design company, melaniehall.com, in the UK.

Melanie credits her father, acclaimed 1950’s/60’s architect Alan Chambers, for instilling in her a love of design, particularly from the modernist era. Starting his career in Lancashire in the 1950’s, Chambers qualified as an elected Associate in November 1953 and was was awarded a Fellowship of RIBA in October 1960.

Chambers worked extensively overseas between 1952 and 1985, creating groundbreaking “tropical modernist” architecture, with Melanie, her three brothers and mother in tow.

He owned and co-owned a number of companies, and designed a range of homes, office blocks, commercial properties and even airports, across the UK, Nigeria, St Lucia and the British Virgin Islands. All of his buildings were largely influenced by modernist design, with one of his first houses – Domus, built in Burnley, Lancashire in 1958 – being awarded a Grade II listing in 2012. The home remains largely intact both in architecture and interior, and subsequently has been heralded as an example of great modernist design of that era, with influences from the United States and Scandinavian modernist design.

Take a look at our press page for a selection of Melanie’s accolades from around the world... 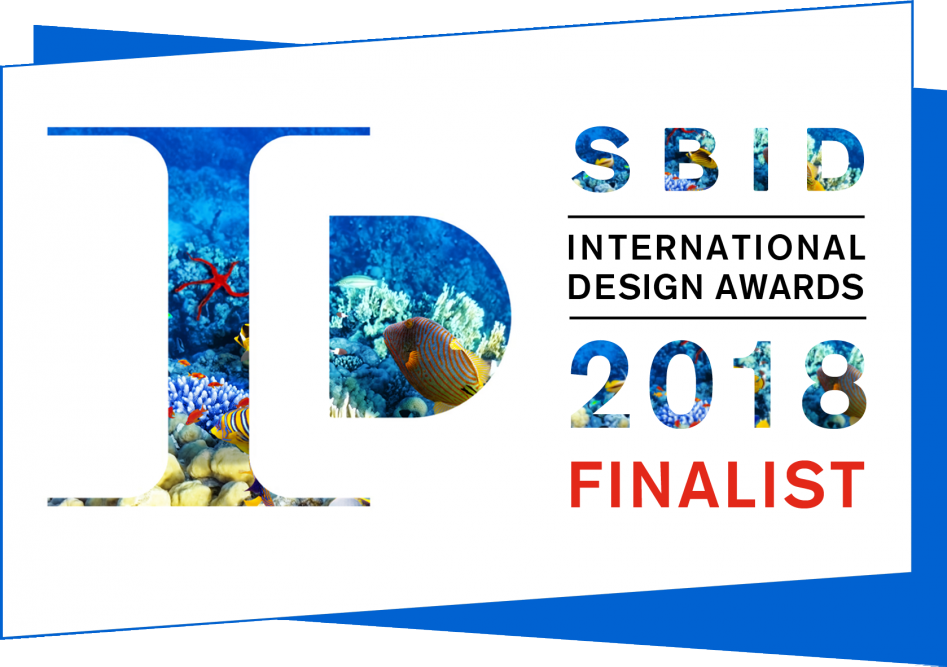